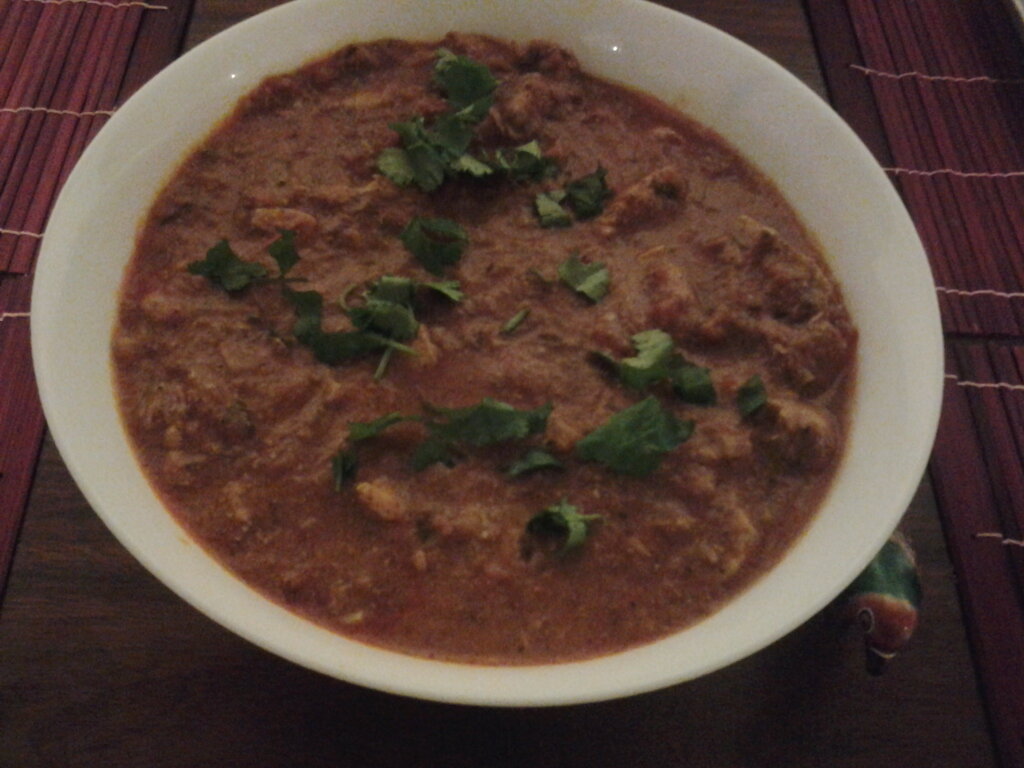 It was the son who put his foot down five days before the event and came up to me sternly with a whiteboard and marker in his hand. I was to list down the invitees he said, or else he would not be able to lay the table properly.  And so I racked my memory (dear reader, it becomes harder with every passing year) to come up with a comprehensive list and we found that I had invited about 22 people.

The husband was very smug at this point as he had gone to the temple of Costco and had bought booze for 60 people the previous weekend. “Never knowingly Undercatered” as I have said before.

To cut a long story short I found that I had to cook about 2.5 kg of chicken curry for everyone and assorted vegetarian dishes for a couple of my vegetarian friends… not to mention that on the actual day of the party I would be in back-of-beyond Dulwich for work.

Anyway, all’s well that ends well. I marinated the chicken on Wednesday and cooked it on Thursday. The party was on Friday – so the chicken curry had enough time to mature and judging by the oohs and aahs on the night it wasn’t bad at all.

Here is my recipe – most of it made up on the spot owing to the panic of not having a suitably big container for the curry. I ended up cooking it in batches. The ingredients below are for chicken curry for 5 people. 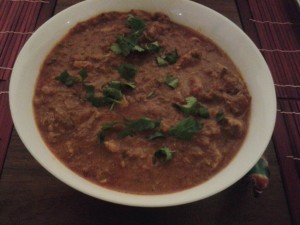 A rich and spicy chicken curry with lots of onions, tomatoes and chillies.

I normally use a copper-based kadhai for frying the chicken as I believe it really adds to the taste.