Before we begin – here’s a disclaimer: I am typing this post as I watch India vs. England in the T20 Cricket World Cup and so am not responsible for a) going off track b) occasional lapses of reason.

OK – let’s go! The husband and I were at the swimming pool at 7.30am yesterday and found ourselves having a heated discussion on where to have our next biryani. The stranger sitting in front of us turned out with a “let’s be reasonable here” expression and said “Why chicken biryani? Why not lamb biryani – it’s much much better”.  When asked to recommend a good place, he said, “Oh, I am too full – I have eaten too much last night”.  Three of us then proceeded to have a swift 15 minute conversation on the best places to eat Indian food in Finchley. Very satisfying – not so much for the woman sitting next to me though who was looking slightly off colour at the thought of food at such an early hour.

After much discussion we decided to get a  Malabar chicken biryani from Cochin Restaurant. At the beginning of this year when one of my sisters was here we went to Cochin for dinner. Husband ordered this very same biryani and it was delicious – so delicious that I ordered about 15 for my birthday party a couple of weeks after that. But what a letdown that turned out to be – it was so disappointing that I had to keep distracting our guests with other food that I had cooked hoping that they wouldn’t notice the drop in quality standards in our household. (FOUR!). 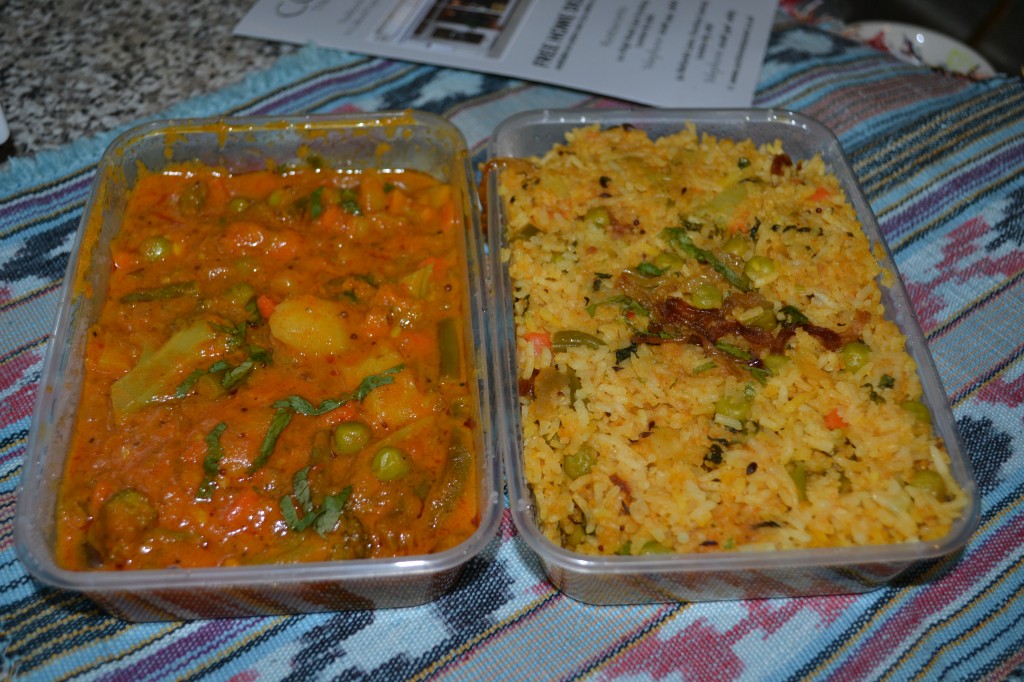 Yesterday we decided to give them another chance. And I am sorry to say that I have to send Cochin back to the pavilion again. Whilst the chicken was well cooked – the biryani was very dry and bland. Great for my delicate stomach especially when mixed with tons of yoghurt, but not enough to get a good score on the biryanometer. However, it did come with an interesting curry on the side so I suppose that’s its saving grace.  Here is how it’s scored:

We were so upset by the biryani last night that we all became maudlin and nostalgic about the best biryanis we’ve had in the past. I opened the innings by talking about the one I had at a school teacher’s sister’s wedding when I was nine;  my mum spoke about a recipe she’d got from one of  her mother-in-law’s friends; and the husband spoke about the biryani in Nairobi he had during the Cricket World Cup of 1999 when India performed badly. OUT – Gambhir – I should really be telling you positive Indian cricket stories as I seem to be influencing this game with my negativity.

Okay, our captain has now come in to bat and I need to make sure he bats well. Bye, for now.