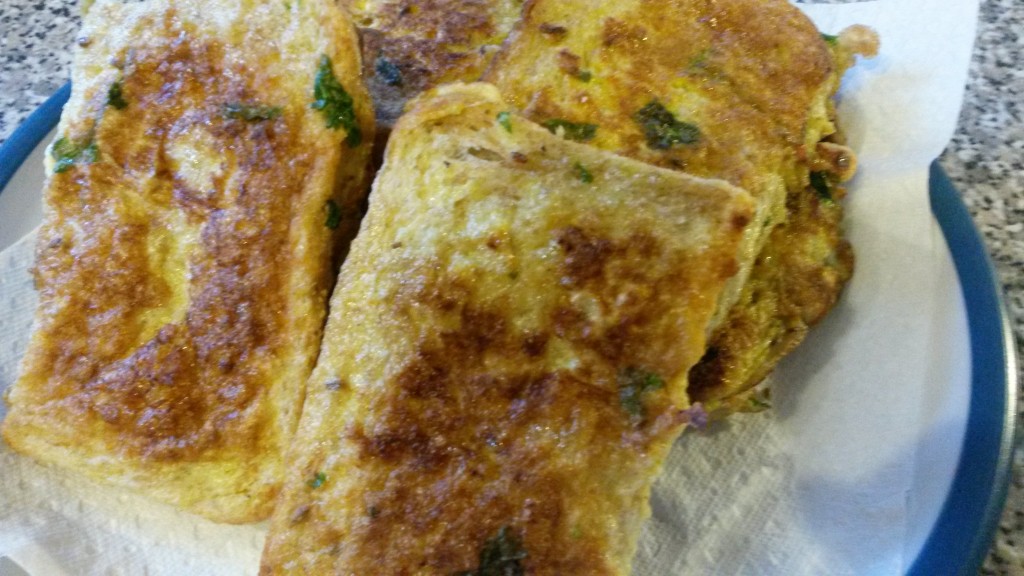 To Peterborough last Sunday for the son’s swimming competition and the burning question was “what about lunch?”. Burning for the supporters that is; the competitor was instructed by his coaches to carry bagels filled with chicken and cut into quarters. Which he did with fresh bagels baked especially for him by the lovely Michaels bakery (you must visit – the food is amazing!)

So, what would the supporting team have for lunch?

Husband and mother suggested the ‘ol faithful omelette sandwiches – I wasn’t very keen owing to the fact that I would have to make them on the morning of the competition. A morning that I intended to spend fretting about whether the son had packed properly, whether he would be okay on the coach, whether the coach driver had a genuine licence, whether the son would look like a wimp if his parents followed the coach in their car.. and etc.

It was then that I remembered that we hadn’t had Egg Bread for a while. I discovered this delicious fried bread snack for the first time at my in-laws, apparently the husband would take the bread for all school trips and have loads of friends wanting to swap their lunch boxes with him. Of course he wasn’t keen on swapping and used to guard his egg bread with his life.

What’s more, egg bread tastes better the day after it is made. Here is the recipe 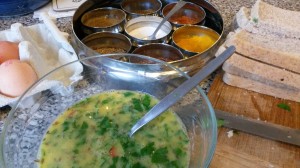 A delicious combination of bread dipped in masala egg and fried until brown and golden.

I tend to use very little oil when frying as too much of oil can make the egg bread very greasy.