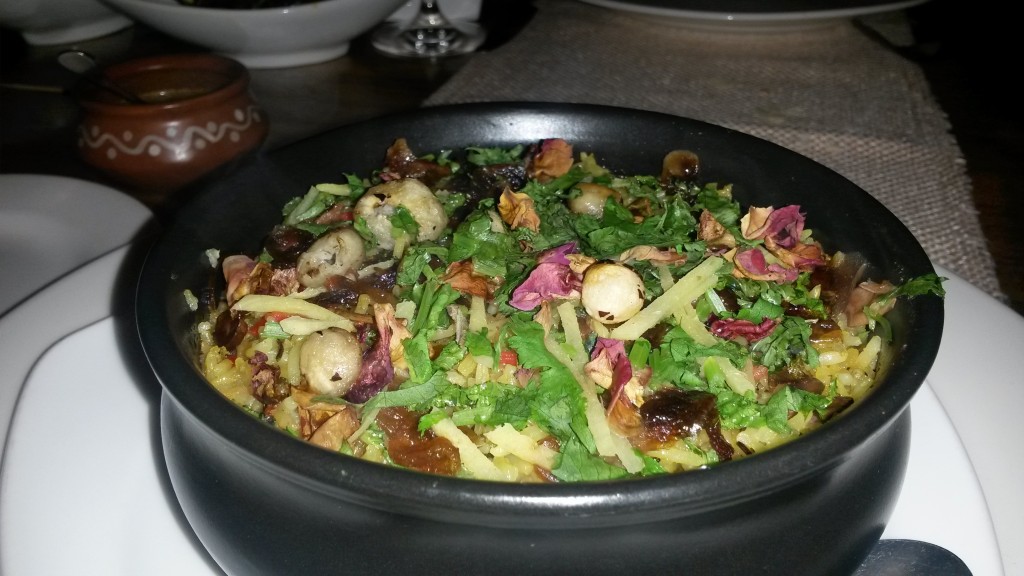 An invitation to Blackheath last weekend to visit some friends and take in their local firework display.

The family treats it like yet another fraught expedition to back-of-beyond South London – meaning we will encounter the world’s worst traffic jam; we will fight in the car; son will learn new swear words from the driver; and we will all tumble out after the ride and present a  fake happy, united front to our friends. All of this inevitably happened – but the fake happiness very quickly turned into the real thing when they informed us that we were being taken to Babur restaurant for a post-fireworks dinner.

The restaurant guide, Zagat, was directly talking to us when it reviewed Babur thus: “Worth the journey from anywhere” – as this is exactly how we felt when we walked into its welcoming interior. Although, I must say I was expecting something more Mughal befitting the founder of the Mughal dynasty after whom the restaurant is named and so was a bit confused to find a Bengali astrological chart at the entrance. Thinking about it now, their logo on twitter is a tiger – so maybe the restaurant is named after the tiger? Or Babar the elephant?

Whatever! All exacting historian thoughts flew out of the window when we perused the exciting menu – Kasundi Chicken Tikka,  Chicken Tikka, Baingan, Bhindi, Galouti Kabab, Ma dal, rice, naan and the ubiquitous chicken biryani – only this time it had Dum in it. (Which by the way is also a very clever Hindi pun, but you will be forgiven for not getting it). The word “Dum” is used to describe a slow cooking technique where the biryani is cooked in its own juices by sealing the lid with a layer of dough. So our biryani was probably cooked in this pot and as the helpful waiter informed me, it is different from other biryanis owing to the fact that it is cooked in chicken stock which is a characteristic of the Lucknow city of India. 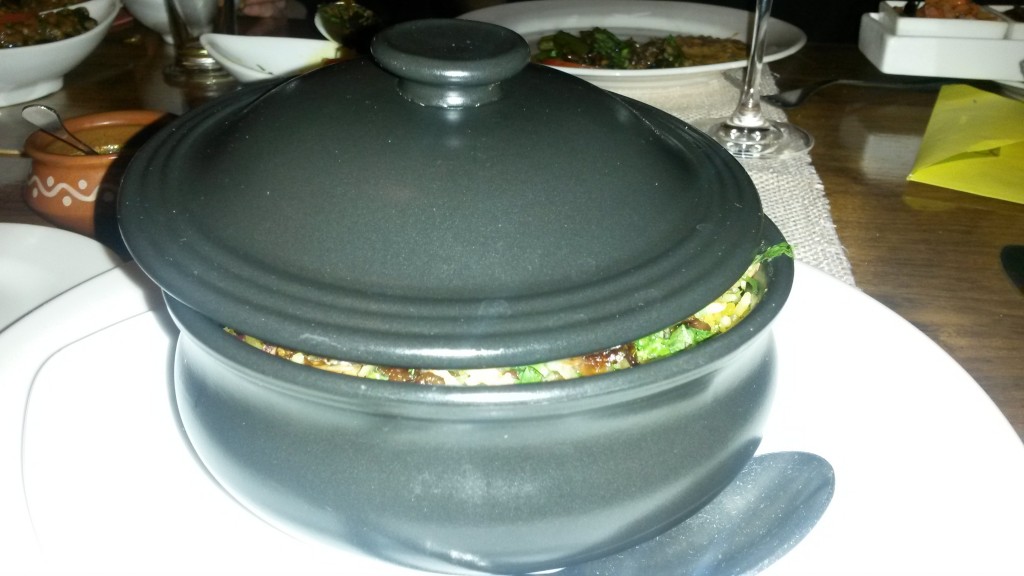 Technicalities aside, what of the taste? Here is how it scored on the biryanometer:

Wet/Dry Index – Could have done with a little more masala

A very very good dum biryani, although I must say – their Kasundi Chicken Tikka (tikka with Bengali spices) really did it for us. The son took some home to eat the next day and had to construct barricades around his plate to protect his share from this parents.