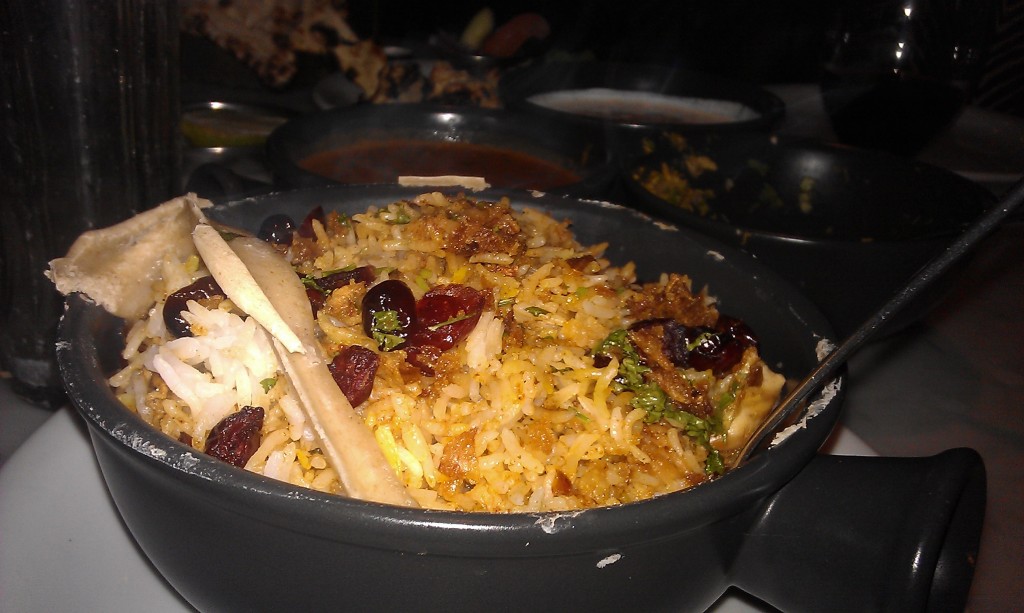 I really did not want to like Café Dishoom.

For one, it was introduced to me by various people with lots of hype, but more importantly, I was told that it was a Bombay Irani restaurant in London. And no one messes with my Irani restaurants – that institution of Bombay that I, like other hardcore Bombayites, am very possessive of especially since I have spent a major part of my life in the city hanging around some of Bombay’s best offerings.

In my childhood, my mum would take us and my cousins to hang out at Café Ideal in Chowpatty; in my college years it was Café Kyani with its eccentric framed messages – “Don’t sit long time” and my favourite “Don’t comb hair in front of mirror”; and in my working life my sister and our close friend always landed up in Stadium Restaurant or Churchgate Café for a quick chai and a catch up at the end of most days.

(Incidentally the close friend thinks I am bonkers to write about food so much. She would rather I went back to archaeology and wrote papers with noble titles such as “The evolution and devolution of the priest cult in the Harappan times”; “Drying up of the Saraswati riverbed – fact or myth” …and you get the point.).

But coming back to Irani restaurants, it was always Café Britannia that held a special place in our hearts for its pet rooster (who, alas, is no more) and for its Berry pulav – a superb and satisfying lunchtime special of chicken and rice topped with berries – an Irani biryani, if you like. And so, when I saw the Chicken Berry Britannia on Dishoom’s menu, I knew I had to try it out.

Two foodie friends and I decided to meet there for dinner one evening last week and check if Dishoom was worth its salt. Literally. And yes, it is completely charming to walk in through the door of their Covent Garden branch and come face to face with Irani restaurant décor and ambience. And the menu wasn’t bad either – in fact we went crazy over it and ordered far too much – we had samosas and bhel as starters; malai murg (butter chicken),  dal makhani (black dal), Chicken berry Britannia as mains with their dish of the day Patra nu macchi – a Parsee delicacy of fish seasoned with masalas and cooked in a banana leaf. And I have to confess – we still had place for dessert – a portion of rice pudding, kulfi ice cream and a double espresso.  The food was absolutely superb, with the malai chicken being the best I have had in a while, and the fish dish of the day no different from its authentic cousin at Parsee weddings back home in India.

But what of the Chicken Berry Britannia?

There’s a reason I am waffling so much, right? This is because I am sorry to say that the original is miles ahead of this duplicate, so far ahead that I cannot even call it ‘original duplicate’ as we call most counterfeit brands in India (Exhibit A – Nike – Just did it! Now that’s an original duplicate!). The reason for the difference in my humble opinion is that the dish was too bland and the chicken tasted soft and boiled with very little flavour.

But no matter, the rest of the food was superb – and I will be visiting again: to get my Irani fix and also to try out other stuff from Dishoom’s superb menu.